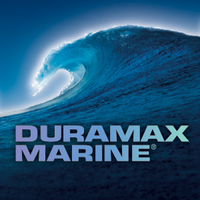 124 Year Commitment to Excellence From auspicious beginnings in 1895, Duramax Marine began in rural Middlefield, Ohio as a woodenware company called Udall-Shellito later becoming known as Ohio Pail. Back then the company manufactured wooden pails of varying designs. It’s ironic that the wooden slats used to make the pails were known as staves. Today, Duramax Marine manufactures water lubricated rubber bearings and some of these configurations are also called “stave” bearings.

When lubricated with seawater, rotating propulsion shafts hydroplane and bearings support the load of the shaft and propeller. Some shafts are as large as 36” in diameter with propellers weighing more than 66,200 pounds. Along with the irony regarding the stave terminology there exists one more connection to the wooden staves made for pails. For over 124 years there has been a continued tradition of attention to detailed craftsmanship and a commitment to quality that is found at the heart of our Midwest company.

Today, Duramax Marine is an Employee Owned Company and an ISO 9001:2015 certified company -engineering and manufacturing the most advanced water lubricated bearings in the world. If you have a water-lubricated bearing question – give our team a call today!

Watmar is proud to represent Duramax and its impressive heritage